Our Founders are Olympians 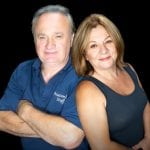 Our founders and Directors are Sorin Cepoi and Teodora Ungureanu Cepoi. They have been married for 39 years and coaching together for 34 years. Sorin and Teodora are Olympian Gymnasts with an excellent worldwide reputation.

Our Olympic expertise, competitive experience, and extensive coaching skills qualify us to develop talented athletes consistently. Dynamic Gymnastics is one of the few gymnastics academies in Westchester to provide a complete Elite program for Olympic competition.

Sorin and Teodora hold diplomas from the Bucharest Institute in Physical Education and Sports with a major in gymnastics. Also, both were awarded a Master of Sports Certificate from the National Council of Physical Education and Sports in Bucharest. Both are Certified Coaches of Gymnastics and Professional Members of the USA Gymnastics Organization.

In 1984 ,they both were working together as part of the Troupe Cornea traveling circus. Teodora and Sorin travelled extensively with this circus, including internationally. After 4 years with the circus, Sorin and Teodora spent 10 years coaching in 3 other gymnastics academies.

In 1995, Sorin and Teodora realizing their Vision of Dynamic Gymnastics as a Kids Club. Dynamic Gymnastics required the renovation of the building and purchase Olympics Standard equipment  to teach gymnastics from beginner  to the Elite Level.  For over 25 years, we have been providing the best Gymnastics in the area at the same location  in Mohegan Lake, New York. 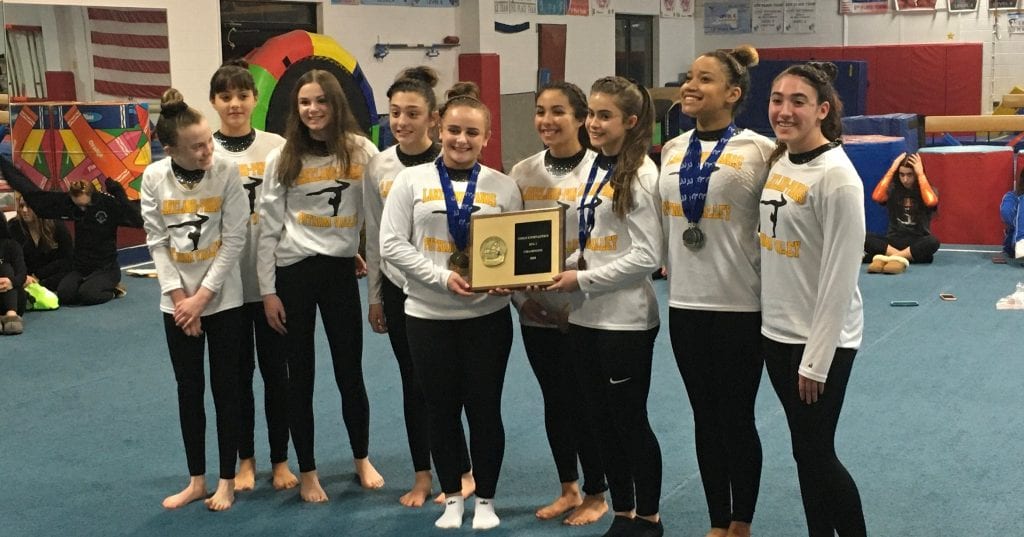 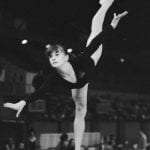 Teodora’s Induction into the Hall of Fame

In 2001,Teodora was inducted into the International Gymnastics Hall of Fame. “I never dreamed that America would become my home or that I would be also deeply honored by fellow competitors in the sport that I love.”, Teodora told IG magazine.

“The Japanese consider the International Gymnastics Hall of Fame award as the Nobel Prize for Gymnastics.” quote by Frank Endo.

Come and meet Sorin and Teodora in person. Talk with them about joining our Kids Club and the program that’s best for your child. Please make an appointment today, click on Contact Us or call us (914) 528-5437. 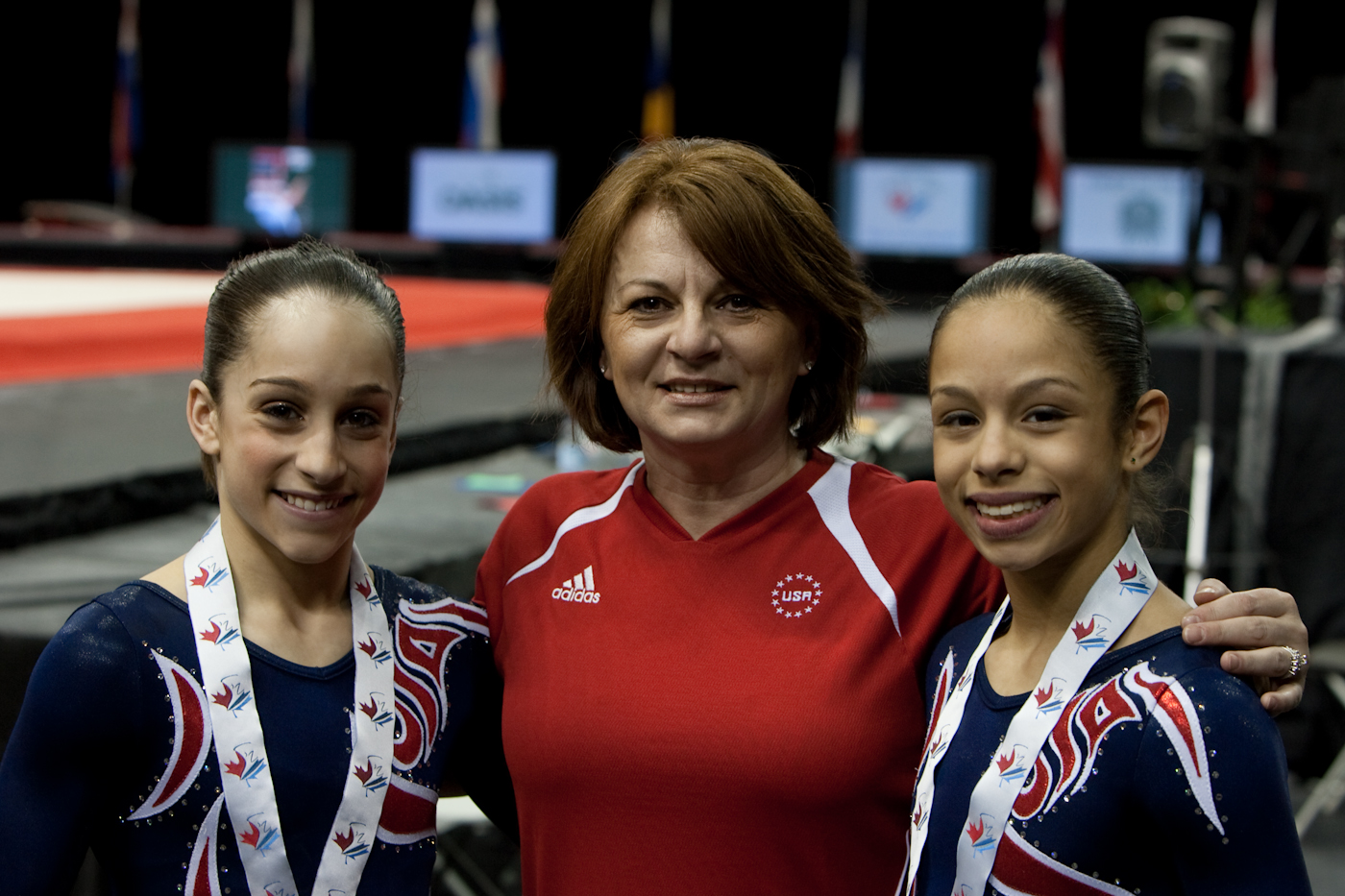 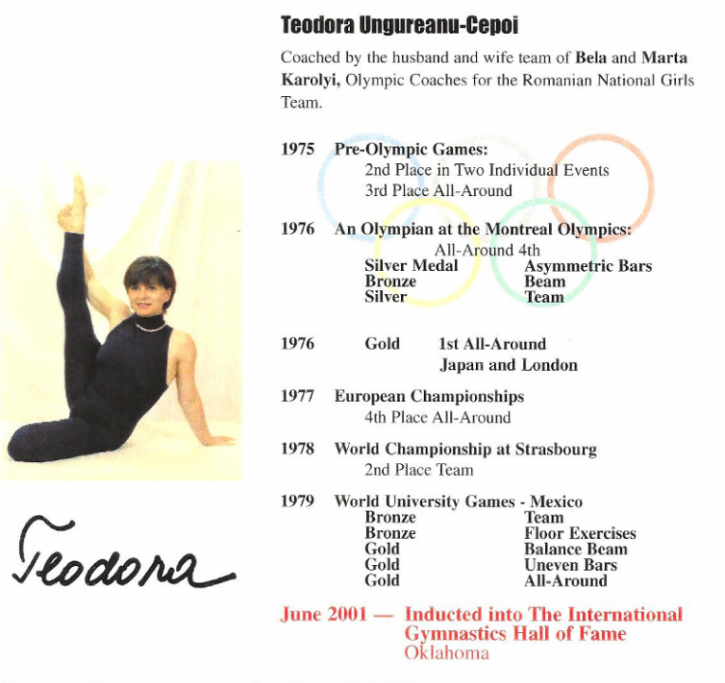 Teodora began gymnastics at the age of six. She trained in Bucharest until she started at the Sports Club Resita in 1969, coached by Andrew Karekes. In 1971, she moved with family to Onesti, becoming a gymnast of the Gymnastics School Onesti, coached by Marta and Bela Karolyi.

At her first Romanian National Championships, in 1971, she placed first in the all-around in the children’s division. She shared the years of her career with Nadia Comaneci. In 1978, she moved to the Dinamo Bucharest Club, coached by Lita and Florea Stefanescu. Teodora’s final competition was the 1979 World University Games, where she took gold in Balance Beam, Uneven Bars and All-Around.

Teodora also has an International Gymnastics Official’s Rating and has judged competitions. 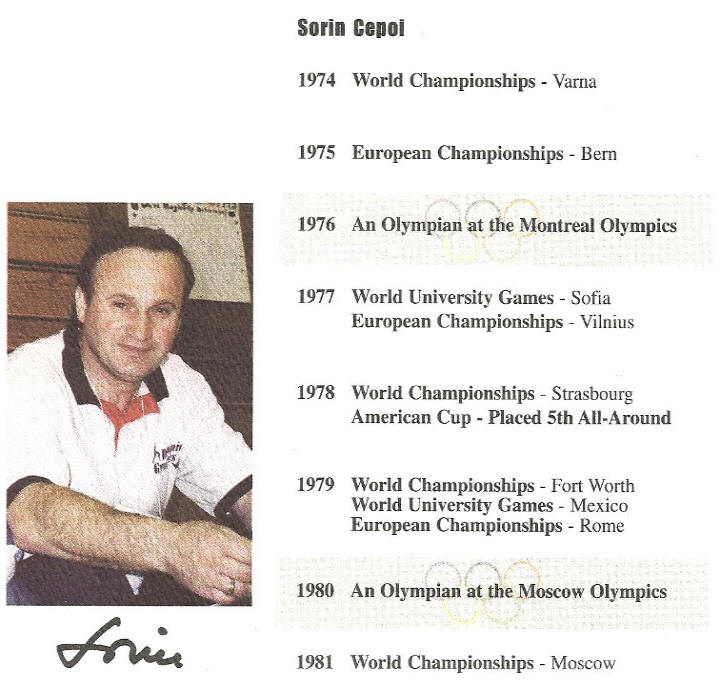 Sorin was born in Bucharest, Romania and began his gymnastics career at the age of 11. Sorin was coached by the well known Gheorgiu Costache, the Romanian National Men’s Team Olympic coach.

For more details on the events that Sorin has participated in and to see his gymnastics results click on Sports-Reference. 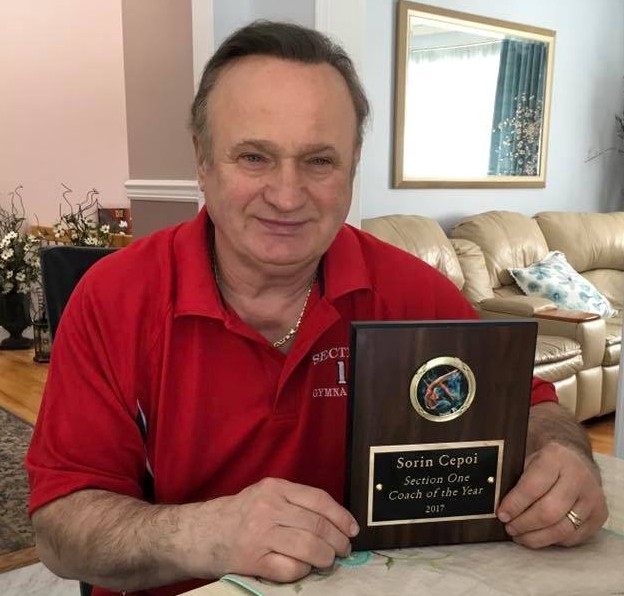