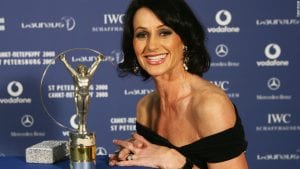 Nadia Comaneci is a retired Romanian gymnast and a five-time Olympic gold medalist, all in individual events. In 1976 at the age of 14, Comăneci was the first gymnast to score a perfect 10 at an Olympic Game. At the same Games (1976 Summer Olympics in Montreal), she received 6 more perfect 10s on her way to winning 3 gold medals.

Bela Karolyi is most successful coach in the history of gymnastics. Bela has devised innovative coaching techniques, and his efforts developed 28 Olympians. His students consist of 9 Olympic champions, 15 World champions, 12 European medalists and 6 U.S. National champions, during his years of coaching in Romania and the United States.

Bela retired from coaching after the 1996 Olympics. In 1997, Bela was inducted into the International Gymnastics Hall of Fame.

Nadia and Teodora – Then and Now 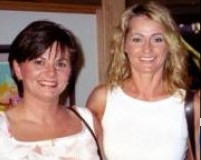 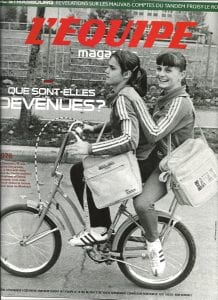